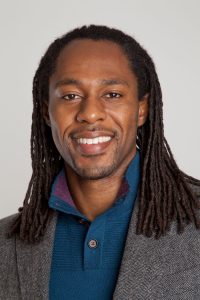 Keon West is a Professor of Social Psychology at Goldsmiths, University of London, and an expert on identity, prejudice, and representation, as well as body image and sexual prejudice. He has published over 60 empirical papers which have been cited over 1700 times in the wider scientific literature. He is also the director of Equalab – a group committed to conducting and disseminating research on prejudice and prejudice reduction – and the principal investigator of a European Research Council Starting Grant (value: €746,000.00).

Keon has received numerous international awards for his research, teaching, media engagement, and social activism. He has also appeared several times in print, on radio, and on television (including BBC Radio 4, BBC World Service, Channel 4, and the Discovery Channel) discussing his research and areas of expertise. Keon grew up in Jamaica and came to the UK as a Rhodes Scholar in 2006 to do a doctorate in Social Psychology at Oxford University. 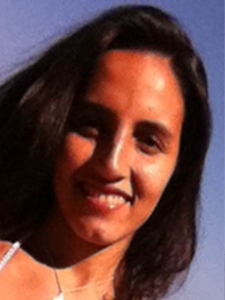 Martha Lucia is a Post-doctoral Research Fellow at Goldsmiths, University of London. She holds a PhD in Psychology from St Andrews University, an MSc in Evolutionary Anthropology from Durham University and a BSc in Biology from Universidad de Los Andes. Martha’s PhD mainly focused on understanding what social factors influence facial perceptions. More specifically, her PhD examined the effects of different types of violence (public and domestic) on formidability preferences for potential partners and/or allies. Her research interests cover a wide range of topics, including social and evolutionary explanations of human behaviour, as well as ways to reduce prejudice against social minorities. 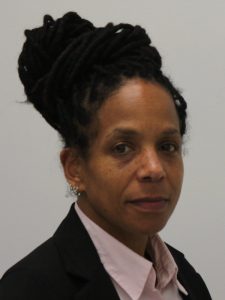 Jacqueline is a PhD student at Goldsmiths, University of London. Her research interests include: intergroup perception in relation to physical activity, stages of physical activity behavioural change and perceived barriers to physical activity. As well as a Masters in Research Methods for Psychology, she has a BA in Performing Arts and an MA in Drama and Movement Therapy.
Email: jfran013 (@gold.ac.uk) 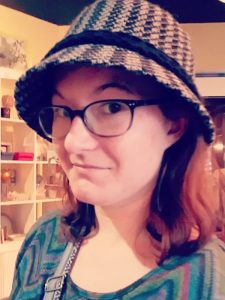 Olivia is a PhD student at Goldsmiths, University of London. She obtained her master’s degree in psychology from the State University of New York at New Paltz, and her bachelor’s degree in psychology from James Madison University. Her research focuses on the place of music in human evolutionary history. Her current PhD project examines how music making can influence social attractions and feelings of bonding in group settings, especially where there are clear differences between group members.
Email: ojewe001 (@gold.ac.uk) 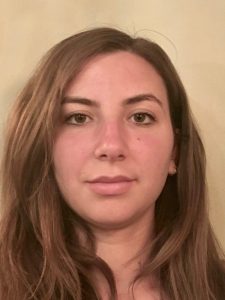 Beatrice Baroni is a MSc Forensic Psychology student at Goldsmiths, University of London. She holds a BPS approved BSc in Psychology from BPP University and a CPCAB Level 2 Counselling Qualification. In addition, she has working experience in social care and HMPPS. Her BSc thesis focused on cross-cultural differences in masculinity and body image concerns between Italian and British men. Her research interests cover both forensic and social psychology topics. 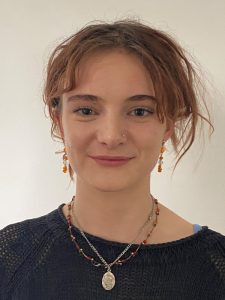 Sian is a third-year BSc Psychology student at Goldsmiths, University of London. Her current research has focused on women’s naked protest. This has involved researching Implicit Sexism, Benevolent Sexism, and Hostile Sexism in males and females.
Email: slill001 (@gold.ac.uk) 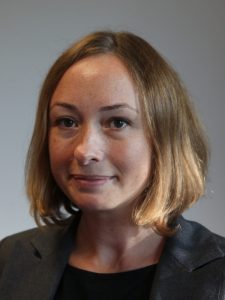 Victoria completed her PhD in social and personality psychology at Goldsmiths, University of London in 2021, and worked as a research associate at the University of Bath before returning to Goldsmiths as a Teaching Fellow. She is interested in the relationship between personality, prejudice and intergroup contact; personality dynamics at both the state and trait level; and digital methods of personality assessment. She has a particular interest in the trait of Openness to Experience.
Email: v.hotchin (@gold.ac.uk) 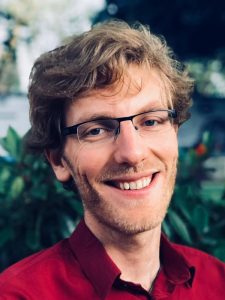 Lukas completed his PhD at Goldsmiths, University of London, in 2021 and now works as a lecturer in the Department for Organisational Psychology at Birkbeck, University of London. He holds an MA in Education (Psychology) from the UCL Institute of Education and a BA in Politics, Philosophy and Economics from the University of Oxford. In addition, he has experience in management consulting, and in youth work. His research focuses primarily on when, how and why people value diversity in teams and in society more broadly. His PhD dissertation showed how intergroup contact can improve diversity beliefs in youth work and beyond. More broadly, he is interested in intergroup relations and prejudice reduction, as well as in Open Science.
Email: l.wallrich (@gold.ac.uk) / Web: lukaswallrich.coffee 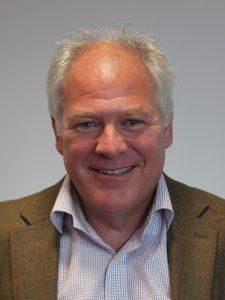 After a first degree in Management Sciences, and nearly 40 years of practical experience in business and consultancy, John returned to campus to do a BSc in Psychology, graduating in 2018. Since then he has been researching the social psychology of Brexit and is now is studying for his PhD at the University of Kent. John’s current research seeks to understand the role of political correctness in intergroup relations, and whether it contributes to the reduction of prejudice.
Email: jwpb2 (@kent.ac.uk) 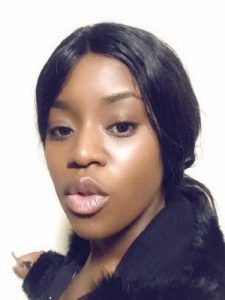 Bibi is a recent MSc graduate from King’s College London in Mental Health Studies.
She obtained a BSc in Clinical Psychology from Goldsmiths, University of London. She currently works as an NHS Assistant Psychologist and Researcher. Her research interests include applying contact hypothesis to highly prejudiced out-groups, clinical psychology and behavioural genetics. Her current manuscript investigates reducing prejudice against people with schizophrenia. 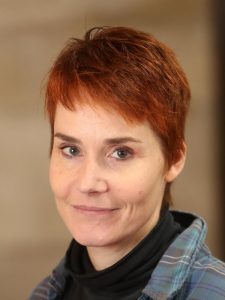 Dr Katy Greenland is a social psychologist and social scientist at Cardiff School of Social Sciences. She uses both quantitative and qualitative measures to research stigma, discrimination, and social justice. 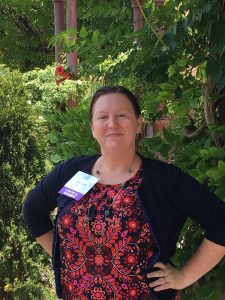 Kim A. Case, Ph.D., is Professor of Psychology at the University of Houston-Clear Lake (UHCL) where she directs the Applied Social Issues graduate degree. Her mixed-methods research examines ally behavior when encountering bias and interventions to increase understanding of intersectionality and systemic privilege, reduce prejudice, and create inclusive spaces within community and higher education settings. Her own scholarship received funds from APA and SPSSI, and she serves as inclusive pedagogy expert for an NSF RED grant for an engineering department’s culture transformation. She has served the Society for the Psychological Study of Social Issues (SPSSI) Council member, elected Representative to APA Council, journal editorial board member, Convention Program Chair, Teaching and Mentoring Chair, and more. SPSSI has honored Dr. Case with the Distinguished Service Award, the Michelle Alexander Scholarship and Service Award, the Outstanding Teaching and Mentoring Award, and the Innovative Teaching Award. The Society for the Teaching of Psychology named her as the 2018 Robert S. Daniel Excellence in Teaching Awardee for her nationally recognized pedagogical advancements. In 2017, the University of Tennessee Knoxville honored her with the Accomplished Alumni Award. Please visit www.drkimcase.com to learn more. 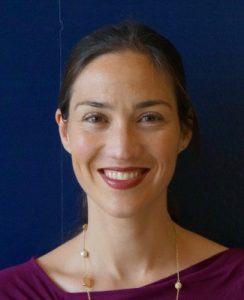 Dr. Asia Eaton is a social psychologist, Associate Professor in Psychology at FIU, a core faculty member in the Developmental and I-O Psychology Programs, and an affiliated faculty member in Women’s and Gender Studies. She conducts research on how gender and social power interact and support one another in organizations and in intimate partner relationships. Asia is an Associate Editor for Psychology of Women Quarterly and a Consulting Editor for Sex Roles, and was elected to serve on SPSSI council for 2018-2021. She also serves as Head of Research for Cyber Civil Rights Initiative (CCRI), and works with Lotus House to better understand the needs of women experiencing homelessness. She has received SPSSI’s Michele Alexander Early Career Award, and FIU’s most prestigious faculty award for advising and mentorship, as well as engagement, research, and teaching awards from FIU and the University of Chicago.

h J R
Equalab @equalabgold Could 2 followers please copy and re-post this tweet? We’re trying to demonstrate that someone is always listening.… https://t.co/5HNDlSlJVt